As he points out in this talk (and as I've mentioned before on this blog), being an entrepreneur is hard. And it's particularly hard to be a tech entrepreneur in a non-tech city. In this speech (which is for something called 'Startup School' in the Valley), Mason talks about previous failures that led to the current iteration of Groupon, the difficulties in starting in a 'shallow' tech market (Chicago), and what is keeping him going. What I learned here: stay with it, learn when to move on when something isn't catching on the way you thought it would, focus on the smaller ideas, and even when you do all that it is still going to be really hard and you still need help (Mason concedes midway & again at the end that they were given a bunch of money to start & pay a team to keep going). A heads-up: with the new TED Talks iPad app, I've gone on a bit of a conference/seminar/forum talk spree lately. They're great to have on in the background while you work or are trying to go to sleep, and I like listening to smart people. My blog is likely going to start reflecting that obsession for a while. 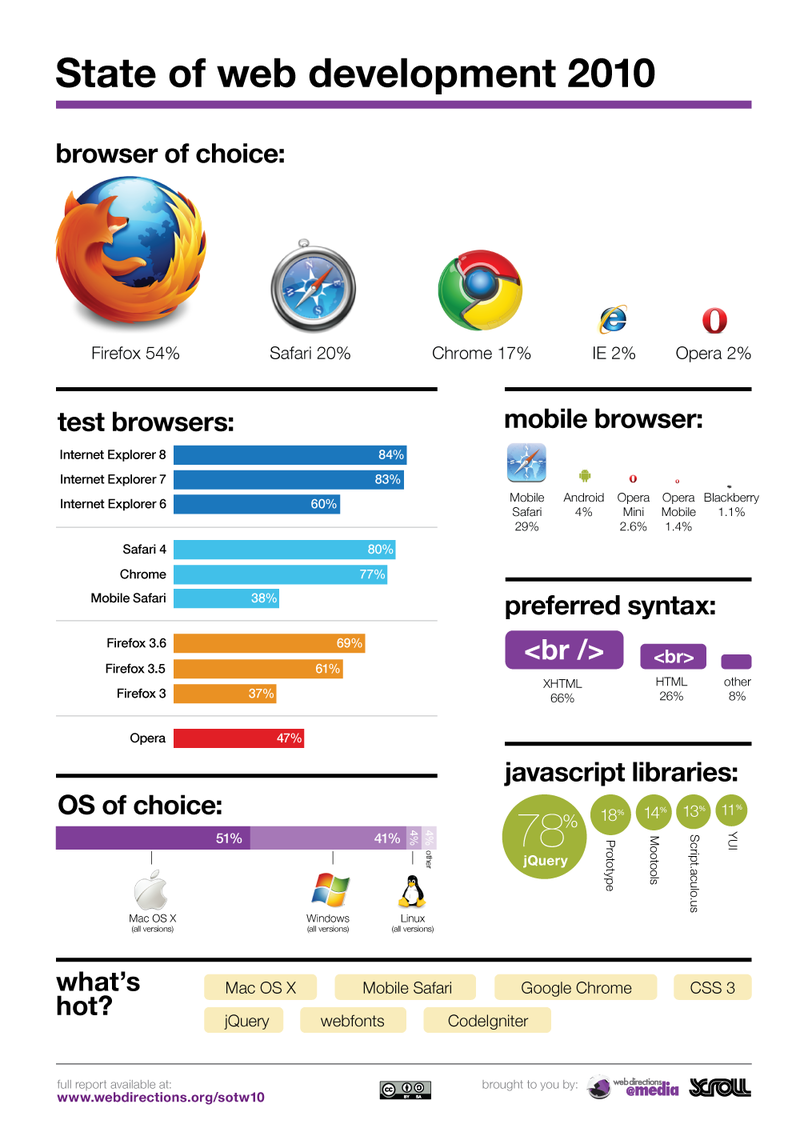 This infographic is a little misleading, but gives you an idea of what developers are using to build & test web sites. No big surprises here, but I bet Chrome becomes a bit more popular with this crowd in a year or two.