From some of the reviews I've read, it sounds like they've got a pretty cool product. It's powerful, takes advantage OS features that other manufacturers haven't managed to do, works well with others, and has a snazzy cover that doubles as a keyboard.

I don't get that from the ad. I'm seeing Buckyballs, mercury, rock chipping, and aggressive kickstanding.

Everyone knows that Apple won't be the only tablet manufacturer in the market... there are rumors or confirmations of every major cell/pc manufacturer and every OS software developer out there getting involved - Dell, RIM, Microsoft, HP, Google and so on. Today the domain name BlackPad.com was registered by Research in Motion (aka RIM, the Canadian company behind the Blackberry). Just last week it was discovered that HP had filed for the trademark PalmPad (HP recently acquired Palm and is quickly integrating it's WebOS in to as much as they can). Here's the thing: just a few months ago, Apple was a big joke because (a) they were releasing a tablet that was more like a big phone, than a computer; and (b) they had the word "Pad" in the name (causing a *flood of period jokes). *Sorry. So why would all of these big companies all of the sudden be so interested in naming their products ______Pad? Obviously Apple's been successful with their tablet launch, but this is the first commercially successful product in what will become a new industry unto itself. There is still so much room to grow, there is a LOT of things that the iPad does not do (and I say this even though I love my iPad & it's capabilities). If other companies are going to want to compete, they will have to differentiate, and it starts with their brand. HP had been using the word "Slate" in reference to their Windows 7 tablet... I think they should go that route. It would be so much more helpful if they can say something like "the iPad is a neat device that revolutionalized computing, BUT if you get the Slate you can do all of these extra things (I'm thinking front-facing camera (or any camera) and a USB plug-in as a start). PalmPad might even roll off the tongue easier than "iPad" due to the fancy alliteration, but it is still going to confuse itself with Apple's product. If someone tells my mom that the PalmPad has a camera, the odds are that she will still go out and buy an iPad - to her they will sound the same. We'll see what happens, but so far I don't like the start that these other companies are giving themselves. 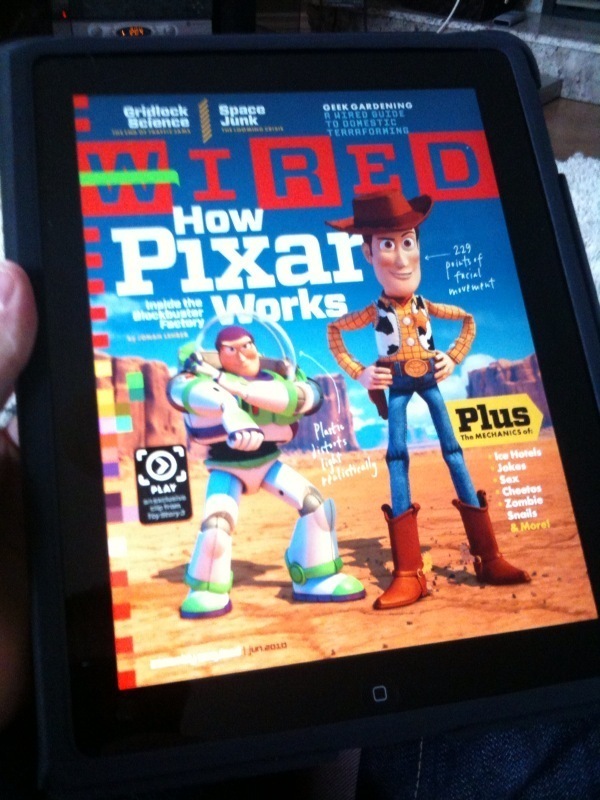 First off, I'm jealous that this kid has a chance to play with an iPad. Secondly, it's interesting to see both how intuitive overall it is for kids, and where there might be some problems with the interface (thumb on the edge of the screen, for example).

By the time she's 6 the concept of a mouse will probably be totally foreign to her.